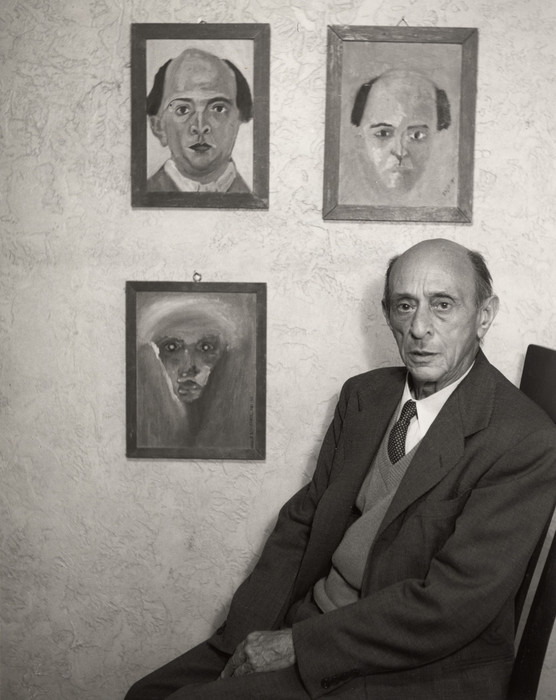 »Schoenberg: Evolving Traditions« is a project that’s dedicated to understanding the Viennese composer’s works. Following Schoenberg’s own advice, we believe that this task demands an engagement with what these works express—namely, ‘musikalische Gedanken’ or musical ideas.

By taking these ideas into account, Schoenberg’s relation to the past—that is, his traditions—has become clearer to us. The findings of this on-going project will be exhibited in Berlin. Click on the Events tab for more information.

On this website, you’ll find: (i) interviews with musicians and non-musicians alike; (ii) reflections on various aspects of Schoenberg’s work; and (iii) reports of our project’s progress. Click on the relevant category on the menu above. To find out about how this project all started, click on the Introduction tab.

Mari Lee and Simon have each written a brief introduction to the project. Here’s the one by Mari: 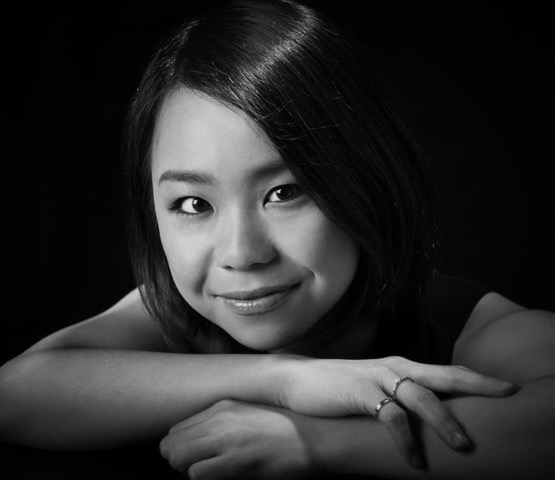 The first time I sat at a concert to hear Schoenberg’s music was when I was at college. When I saw his name on the program, a few blurry memories from music theory classes—the famous twelve-tone row and the term »Sprechstimme«—popped into my head. I knew it was going to be difficult to understand and, as expected, I walked out of the hall without having understood a single phrase. And yet, it was hard for me to admit this fact when someone came up to me and said, “Oh wasn’t that great?” All I did was nod and smile.

Around this time, I had started to take philosophy classes and it was more challenging than I had expected. Luckily, I had a brother who was passionate about the subject (and eventually went on to study it at university) so I was able to call him up whenever I got stuck on my assignments. This was when we began exchanging ideas about philosophy and art. Soon, we started to find their links with music. I realised, eventually, that music was something much bigger that I had thought and this opened doors to so many different worlds and possibilities.

My main point of focus became modernism, so I started to study history and literature at the turn of the century. After reading a lot about Vienna of that period and about expressionism, I decided to tackle Schoenberg’s Phantasy (Op. 47), the piece that I had heard in the concert I mentioned. To my surprise, I was able to appreciate the language of the music and had a far better understanding of the piece than before. I realised that knowledge of the bigger context helped me understand the expression and the gestures behind the series of notes I saw on the score and I began to wonder if such a method would be an interesting way to help the audience appreciate Schoenberg’s music. The concept of our project was born.

In his book Music, Philosophy and Modernity, philosopher Andrew Bowie says that our understanding of music depends on the correlation between hearing the production of noises and an awareness that what is produced is not merely arbitrary and is hence worthy of interpretation and evaluation. He claims that any noise can become music if it occurs in the appropriate context, rather like how non-literary language can change its status when incorporated into a literary context, or an object becomes a work of art if put into the right context. Similarly, I think that despite Simon and I being in different »fields«—philosophy and music, respectively—they nonetheless belong under the same umbrella. The arts. In this project, we hope to present Schoenberg’s music in a larger context: as a part of an era, of a culture and of traditions which were shared by his contemporaries and interpreted by Schoenberg through his music.

Now, the one by Simon:

I became acquainted with Schoenberg in 2012. I was in Boston to see my sister, Mari, and I tagged along to some of her classes. One of them made quite an impression on me, because it left me so utterly confused. During the course of the lecture, I heard weird words like »hexachordial combinatoriality« and saw an intimidating grid with lots of numbers. You see, I had encountered musicology for the first time! Later that day, I decided to listen to the piece that had provoked it all—a Suite for the piano (Op. 25) by one Arnold Schoenberg.

As I listened to it, I felt unsettled, though not because it was unfamiliar. I mean, it certainly was unfamiliar, but it wasn’t ,entirely so. There was something familiar about it at the same time. That’s what really bugged me. The Suite was made up of dances like the minuet, the gavotte and the gigue, which are conventional in classical music. So, at least on the face of it, the piece was very much within the tradition. Judging by the rhythm, I could hear those dances. Judging by the tones, however, I could only hear confusion.

But, clearly, the piece itself wasn’t confused. Each dance began with the same sequence of notes and it constantly reappeared throughout the piece. The piece knew what it was doing—but I didn’t. Well, not at first. Soon after, I found out that Schoenberg had written a lot of prose, so I started reading him. That’s how I encountered Schoenberg, the man. As I read on and grew closer to him, I began to see, with his help, the ideas behind the music—not just his music, but also of others. Schoenberg had taught me how to hear the music’s message, to understand what it was saying, and to see the ideas in that understanding.

It was my encounter with Schoenberg, the man and teacher, that made this lesson possible. If I had only gone so far as his music, I would’ve remained confused and would most likely have dealt with that confusion by not listening to his music any more. This belief is what motivates my part in the project. I want to bring the man and teacher to the audience, so that they too can be taught to see the ideas that await them beyond the initial confusion they can’t help but feel. That’s why, rather than play his music, I’d like to play Schoenberg himself. As the musician gives voice to the score, I’d like to give voice to the prose.